Before we can ever understand God’s mercy,  we must first understand why Jesus came and why he willingly went to the cross to be crucified.  In the old testament the high priests of that day were to bring the sacrificial blood of animals to the altar not only for his own sins but for the sins of the people.  I know it may sound crazy, way-out-there and even meaningless. But even more so, before one can comprehend these truths we must understand the “Why?”

In the beginning the Bible says that God made man is his image, ” Ge 1:26  And God said, Let us make man in our image, after our likeness: and let them have dominion over the fish of the sea, and over the fowl of the air, and over the cattle, and over all the earth, and over every creeping thing that creepeth upon the earth.
Ge 1:27  So God created man in his own image, in the image of God created he him; male and female created he them.” When God created Adam and Eve (the first of mankind) they were in right standing with God, there was no sin until both Adam and Eve chose to disobey one of God’s commands Ge 2:17 ” But of the tree of the knowledge of good and evil, thou shalt not eat of it: for in the day that thou eatest thereof thou shalt surely die.”

Let me clarify here: When God spoke of death by saying “you shall surely die” he was not speaking of a physical death, he was speaking of a “spiritual” death brought on by sin, and the only way mankind could be made “right” with God again would be many years later through the death, burial and resurrection of Jesus Christ. “When Adam sinned, sin entered the world. Adam’s sin brought death, so death spread to everyone, for everyone sinned ” Romans 5:12 But before the time of Jesus there needed to be a sacrifice for the sins of the people and as I said previously it was through the blood of animals, and when the time of Jesus came our sins would be paid for by his own blood, “So Christ has now become the High Priest over all the good things that have come. He has entered the greater,more perfect Tabernacle in the heaven,which was not made by human hands (The Priests in the old testament brought the blood of animals into the Tabernacles (made by man) for the remission of sins) and is not part of this created world. With his own blood–not the blood of goats and calves–he entered the Most Holy Place once for all time and secured our redemption forever. Under the old system, the blood of goats and bulls and the ashes of a young cow could cleanse people’s bodies from ceremonial impurity. Just think how much more the blood of Christ will purify our consciences from sinful deeds so that we can worship the living God. For by the power of the eternal Spirit, Christ offered himself to God as a perfect sacrifice for our sins. That is why he is the One who mediates a new covenant between God and people (bringing us back into the sinless relationship with God just like Adam and Eve lived before their sin of disobeying God) so that all who are called can receive the eternal inheritance God has promised them. For Christ died to set them FREE from the PENALTY of the sins they committed under that first covenant” Hebrews 9:11-15 NLT “The next day John saw Jesus coming toward him and said, “Look! The Lamb of God who takes away the sin of the world” John 1:29

Here we can clearly see in the scriptures that because of sin there had to be a sacrifice and Jesus became the ultimate sacrifice that would wash away every sin ever committed.  And now because of Jesus the Messiah, the Lame of God we can now have a relationship with our heavenly Father, we are now “Justified” in the eyes of God,  Romans 3:24 “Being justified freely by his grace through the redemption that is in Christ Jesus”

Please understand that when this takes place it does not mean that a person will never sin again.  Because we live in a body you will be tempted.  Jesus said “Keep watch and pray, so that you will not give in to temptation. For the spirit is willing but the flesh is weak” Mathew 26:41 “My dear children. I am writing this to you so that you will not sin. But if anyone does sin, we have an advocate who pleads our case before the Father. He is Jesus Christ, the one who is truly righteous. He himself is the sacrifice that atones for our sins–and not only our sins but the sins of all the world” 1John 2:1,2

Friends, because of what Jesus did for us we now have hope in the Mercy of God.  Neither we nor the world deserves this mercy and that is why God’s love is so amazing…He loved us so much that He sent his One and only Son Jesus Christ who was without sin and became sin for us…He paid for our sins and brought us into a “right” standing with God again.  Because Jesus was crucified by the pouring out of his own blood, God no longer see’s our shame. It’s like a child who is playing in the mud, full of filth and then after a shower or bath, that child is clean again. There is no more trace of dirt anywhere.  That is how the Father see’s us, free of sin, guilt and shame because Jesus blood washed our sins away.  I encourage you to “Believe” in what Jesus did for you. Believe that he died for you, his blood cleansed you of all you’ve ever done wrong, and now see yourself the way God see’s you, forgiven, justified and made right in his eyes, “He has removed our sins as far from us as the east is from the west.” Psalm 103:12

In clothing the naked 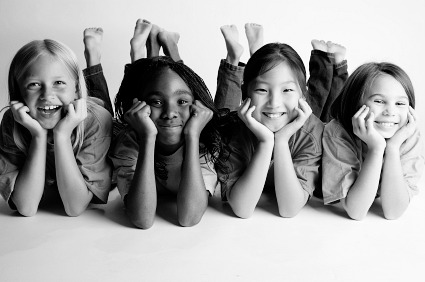 In churches in Japan